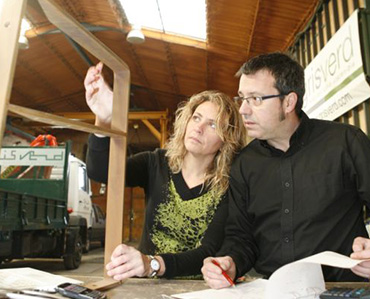 Following on from a strategic reflection, GRISVERD Mobiliari Urbà Sostenible was set up in 2009 as a new business division of Alazor, S.L., a renowned company in the metal industry. We believe that sustainability is the way forward to ensure that future generations can, in the very least, benefit from the same natural resources as we have. With this in mind, we have designed and manufactured a line of environmentally-friendly street furniture, based on principles such as sustainability, design, multifunctionality, anti-vandalism and non-maintenance of the product. Quality is one of the basic pillars of our company. We have been awarded a Quality Management System certificate as per the requirements of ISO 2001:2008. Design is another of the company’s strategic areas and a distinguishing feature in our products. Indeed, we work with renowned professionals. We were recognised by the Ministry of Employment of the Generalitat on the context of the “Improvements to working conditions” programme in 2009 and 2010. We received the ENTREPRENEUR award from the Business Confederation of Tarragona Province at the 10th CEPTA Business Night. We were awarded the INNOVATION prize (industry) at the 2010 Cambra awards. We obtained first and second prize in product category at the 2nd EBREAMBIENT sustainability awards. Our Nuu bench was certified at the 2011 DELTA awards exhibition and we received an honourable mention at the DESIGN FOR RECYCLING AWARDS 2013 held by the Catalan Waste Agency and the ADI-FAD industrial design association.

The person in charge of administration, quality and marketing
Asun...

Is the person in charge of administration, quality and marketing. She is a company and tourist activities technician and with a degree in business studies. She believes that training is the best input for a company. Constant innovation and adaptation is the best resource, even when there are others. She is very sensitive towards the environment and believes that another world is still possible. She applies the “Plan-Do-Check-Act” philosophy at all levels. 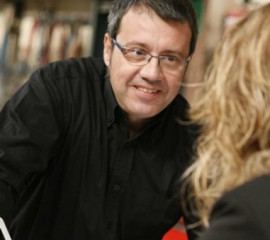 Manager and person in charge of production
Josep...

Is the manager and person in charge of production. His professional training and, especially, the experience gained in several fields of the metal sector has enabled him to “play” with the pieces he produces. He enjoys working and this can be seen in the final object. He is constantly involved with his work team.

In 1865 a lineage of iron workers and craftsmen was established in Gandesa (Tarragona) who embarked on trades pertaining to the time. Santiago Oriol i Sabaté, born in 1897, arrived in Barcelona and began working at Bonaventura Batlle’s workshop, personally cooperating with Antoni Gaudí in artistic forging, leaving a recognisable mark in Parc Güell and also, especially, at Casa Vicenç in Barcelona. Years later, his son would set up the industrial company Alazor, C.B., which would also be devoted to the activity of ironwork for industrial vehicles, in 2003 receiving a mention from the Ironworkers Guild of Catalonia. Years later, Josep Oriol Costal would channel all the activity towards the manufacturing of bodywork for industrial vehicles, the assembly of cranes, tippers and elevating platforms. In 1999 Carrosseries Alazor, S.L. was set up and all the shares were handed over to the family. With Assumpció Colom joining the Administration and Quality department a business diagnosis was carried out. As a result, the production plant was restructured and the company was certified according to ISO 9001:2000 quality management standard. In 2009 a new production line was identified, covered by the GRISVERD brand, devoted to the manufacturing of sustainable street furniture. 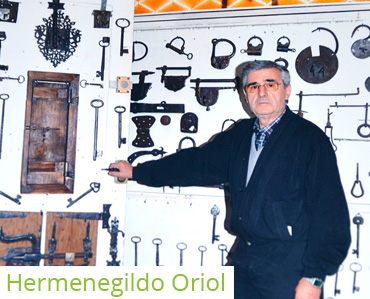 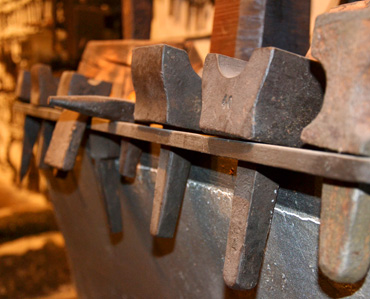 We are committed to a sustainable development model with responsibility, legitimacy and social cohesion in the financial, social and environmental areas.

We value person to person relationships with our customers and suppliers as a key component in business relations.

We continuously improve our products and services thanks to the constant involvement and adaptation of our team to market demands.

We are proud of what we do; we love our job; we are honest, serious and rigorous.

Want to talk about it?